HELPING
PEOPLE
Obtain Relief Under
the Bankruptcy Code
CONTACT US FOR A FREE CONSULTATION
Home
Financial Help & Bankruptcy
FAQs & Myths About Bankruptcy
What Is A Discharge In Bankruptcy?

What Is A Discharge In Bankruptcy? 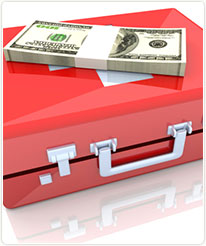 A "discharge" is the legal term for "your debts have been wiped out." Once your debts are discharged by the bankruptcy court, you are no longer obligated to pay them. Creditors are no longer allowed to attempt collection of the debt in any way.

Although a discharge will eliminate unsecured debts, valid liens (judgments against secured debts such as cars and real estate) that have not been eliminated through bankruptcy will remain and a secured creditor may enforce their lien.

When does the discharge occur?

In a chapter 7 bankruptcy case the discharge is granted approximately four months after the petition is filed with the bankruptcy court.

Not all debts are discharged. The debts discharged vary under each chapter of the Bankruptcy Code.

The most common types of Chapter 7 bankruptcy non-dischargeable debts are:

Debts dischargeable in a chapter 13, but not in chapter 7, include:

Your employment cannot be terminated because you filed bankruptcy.