Gay and Lesbian Issues In Bankruptcy 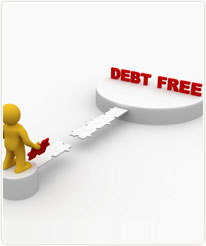 Same-sex couples face a dual standard in just about every area of life and an imbalance of legal rights exists around every corner for members of the gay, lesbian, bisexual and transgender ("GLBT") community.

This office represents GLBT clients in Chapter 7 and Chapter 13 bankruptcy proceedings with pride and professionalism. The issues that arise in this area are usually similar to those of "conventional" families, but the answers are not always as clear.

Can a Same-Sex Couple File a Bankruptcy Petition Together?

The bankruptcy laws treat everyone the same in this category. Unmarried couples (straight or gay) cannot file a joint bankruptcy petition. Even if you've been together for many years, own property together and have joint debts - the answer is the same. You must be legally married to file a joint petition. So of course, that brings up the next logical question....

What About a Same-Sex Couple that Got Married?

In the groundbreaking decision of Obergefell v. Hodges, the United States Supreme Court held that the Fourteenth Amendment requires all states to allow same-sex couples to marry and to recognize a lawful same-sex marriage performed in another state.

This decision rendered the 1996 Defense of Marriage Act (known as DOMA) to be unconstitutional. DOMA was a federal law that allowed states to not recognize a same-sex marriage within that state even if the couple was legitimately married in another state.

Consequently, a same-sex couple may now get married, file federal income tax returns jointly as a married couple and receive all of the benefits and legal protections bestowed in a marital union.

So how does this impact Bankruptcy law? A same-sex couple who is married may file a joint Bankruptcy case.

Is the Means Test Calculated Differently when it's a Same-Sex Couple?

No, the means test calculation which determines eligibility to file a Chapter 7 Bankruptcy uses the same set of criteria whether a person is in a same-sex relationship or a heterosexual relationship.

Is the Income of a Same-Sex Partner Included on the Means Test?

If the same-sex couple is married then the income of both parties will be taken under consideration in the calculations. On the other hand, if the same-sex couple is not married but live together and are domestic partners then the calculations will take under consideration only the contribution of the non-filing partner’s to the household expenses.

How do I Get More Information on This Issue?

Fort Lauderdale bankruptcy attorney Clare Casas is available to meet with you on these and any other questions you may have regarding bankruptcy if you are in a gay or straight domestic partnership. Our office is conveniently located close to Wilton Manors, Pembroke Pines, Miramar, Weston, Cooper City, Hollywood and most of the cities in Broward County. Whether gay, lesbian, bisexual or transgender ("GLBT") you will find a warm reception, complete acceptance and the ability to be yourself...with pride.