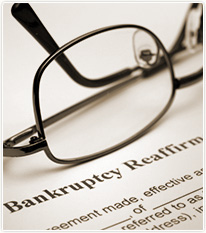 Fort Lauderdale is the main metropolitan area in Broward County. It is just North of Miami and has a population of about 165,211.

Fort Lauderdale got its name from a series of forts built by the U.S. during the civil war. The forts were named after Major William Lauderdale, who was the commander overseeing the building of the first fort. Actual development of the city we now know as Fort Lauderdale didn't begin until 50 years after the forts were abandoned.

Call today and speak with one of our Fort Lauderdale bankruptcy attorneys.